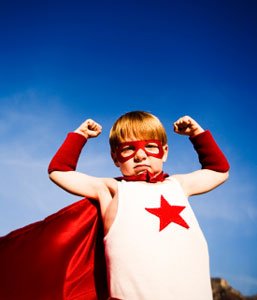 What would it mean to hack education? According to the "official"  hacker jargon file, a hacker* is someone who:
So, hacking can be can be summed up like this: Making things better by challenging the status quo and breaking through barriers for the sheer joy of it. And though I was inspired by Code.org's phenomenal trailer to learn some Python, I'm not looking to become a computer programmer. Instead, I want to hack education. According to philosopher Pekka Himanen, this hacker ethic applies outside the bounds of programming.

Of course, we've all seen the power of the hacker ethic in the world of computers. The original hackers included the likes of Tim Berners-Lee (a key architect of the internet), Marc Andreessen (Netscape), Steve Wozniak (Apple), and Linus Torvalds (Linux). Their philosophy has been the driving force behind innovations like the personal computer, Linux, Ubuntu, Wikipedia, and the internet itself (it is basically the the same philosophy that made science so powerful).

Many professors, teachers and administrators have always operated this way. I think of closet eduhackers like Ian Guch, who posts a profusion of chemistry worksheets and an online textbook for free use at his Cavalcade o' Chemistry website. I think of a former colleague of mine, Nicole Waicunas, who's passion for helping students and outside-the-box style is inspiring. And I think of Salman Khan and his game-changing website. Whether in their enthusiasm and passion, their out-of-the-box, unorthodox creativity, or their openness and generosity, they embody the hacker ethic. And then there are the big names, like Ken Robinson, Pekka Himanen, Pasi Sahlberg, and Andy Hargreaves--people trying to hack the whole system. And why not? Isn't that what the hacker ethic is all about--improving the system for the sheer joy of doing so for the benefit of all? "School" is just a system, not unlike a computer program--a system with all sorts of rules and procedures and traditions and habits and red tape and hierarchies and deeply ingrained beliefs.

We can argue about how well the system is doing, but one thing we can't argue about is this: it can be improved. In fact, it's due for a radical rewriting of the software. The hierarchical, factory model is woefully inadequate (if it ever was adequate) in today's headlong, digital, global, exponentially changing, "whitewater world." The hacker ethic demands that the educational system be hacked, and hackers may even have provided us with a model for the change.

The powerful open source model that hackers employ means anyone can tinker with the "code" and submit their improvements to the larger group. If people like it, it gets incorporated into the system. Interestingly, it implies  decentralized, rather than hierarchical organization, and empowers each individual equally. It's based on real, voluntary, social cooperation. Hacking education according to this model will mean making education more open, efficient, personalized, and decentralized. It will mean taking the Finnish Model and ideas like Elmore's distributed leadership model  further, replacing traditional hierarchies of State-district-school-administration-teacher with networks of teachers, administrators, students, parents, and schools.

And technology will play a central role. I'm not just talking about online learning, MOOCs, open courses, Moodle (my favorite), Edmodo (another cool tool), BYOD (Bring Your Own Device) policies and flipped classrooms, as cool and equalizing as they are. I'm thinking of paradigm shifts in  the whole organization of the system, possibly through P2P (peer-to-peer) technologies that could help give every student, teacher, parent, and community member a voice and contribution to the whole. I'm thinking of something more sophisticated than a system of open observation, communication, feedback and voting, though that would be a good start.

John Robb sees the same thing happening to government. In a recent interview with the Foundation for Economic Education, he said, "The technology is changing, and so will the methods of organizing life. Until recently, we've relied on 'bureaucracy' and 'markets' to manage and allocate resources (more or less depending on the ideology employed)." But, he added, "Our inability to go beyond markets and bureaucracy is stopping us from actually entering an information/creative economy that is as qualitatively better as democratic capitalism was an improvement over feudal agrarianism." How will this happen? "One of the 'new' organizational methods we see will likely be based on P2P (think in terms of BitTorrent and BitCoin)."

I'm convinced that the more power and autonomy you give to individuals, the more their potential will be released. But I'm also convinced that the more people cooperate, the more their potential will be enhanced. The hacker model does both, and the application of the hacker model to education it could go even further.  In his book, Pekka Himanen envisions schools entirely based on the open-source model of computer programming:

We could also use this idea to create a generalized Net Academy, in which all study materials would be free for use, critique, and development by everyone. By improving existing material in new directions, the network would continuously produce better resources for the study of the subjects at hand. Members of the network would be driven by their passions for various subjects and by the peer recognition for their contributions.

Logically, the continued expansion and development of this material, as well as the discussion and examination of it, would also have to be the net Academy's only way to grant study credits; and, true to the spirit, the highest credits should be given for those accomplishments that prove the most valuable to the entire learning community...

In the Net Academy, every learning event would permanently enrich all other learners. Alone or in the company of others, the learner would add something to the shared material.


Whether it will be Himanen's model or something else, no one can tell. That's the nature of paradigm shifts. But one thing's for sure, it will change--and for the better. And wherever it leads, I want to go there, for the pure joy of the challenge and creative work, and the reward of seeing it improve and seeing students' lives improved. It's one of the benefits of living in a country (and soon, a world) where scarcity is giving way to abundance, and we sit atop Maslow's pyramid, with what earlier generations would have called superpowers, with the opportunity to use our minds and efforts to creatively hack life for our mutual benefit. And what better target for hacking than education. We all, each and every human being, have such tremendous and fascinating potential, and education is about unlocking that potential.

*A hacker is not to be confused with a computer cracker ("a malicious meddler who tries to discover sensitive information by poking around"), but the kind of hacker who creates for the sheer joy of seeing people benefit from her work.