Why the success of everyone is up to all of us 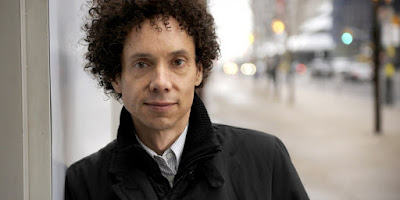 The message of Malcolm Gladwell's provocative book, Outliers is either kind of discouraging or really exciting, depending on how you look at it.

According to Gladwell, it takes four things to be successful:

2) In order to get that, you need plenty of lucky breaks, like Bill Joy, who basically just fell into lucky opportunities to get in tons of computer hours--at a time when they were hard to get, and at a time that positioned him precisely on the ground floor of an industry about to explode.

3) And you need the right upbringing--one that teaches you it's OK to ask for and, if necessary, fight for opportunities. You can't be like Chris Langan, the genius who's defeatist attitude he learned as an at-risk youth cost him a college education--twice.

4) This unhelpful attitude of powerlessness toward authority may also be passed on by your culture, so you need the right cultural heritage. And it helps to be from a culture that also instils a strong work ethic, like that of southern China, where the simplicity of the language and the lessons of rice farming combine to make people into mathematical powerhouses.

This can feel a bit discouraging if you're not someone who meets these criteria, like me, but here's why we shouldn't despair.

1) Subsequent studies have suggested that "deliberate practice" actually accounts for only one third of whatever it is that determines whether or not someone will become an expert. (Tim Ferriss also takes issue with the 10,000 hour rule. He's done it again and again--in months instead of years. It's all about how you learn, rather than how long.)

2) It's hard to argue with Gladwell about the importance of upbringing and culture. But it just means those of us without the best backgrounds will have to work harder, and that's no surprise to any of us. The good news is, change is possible, as the success of the KIPP schools demonstrates.

3) Gladwell's ideas echo Carol Dweck's concept of the growth mindset--the belief that talent and intelligence are not fixed, but flexible and responsive to effort and attitude. Gladwell says in a footnote that IQ is 50% genetic. If that's true, that gives us a lot of room for improvement by effort and strategy.

4)  There's been some controversy over the idea that success is determined by grit or perseverance. Critics seem to think this means blaming disadvantaged people for failure of attitude. But Gladwell's book shows us the balance--even "character" can be inherited, and changed.

5) More than anything, the central message of Galdwell's book, to me, was that, because success depends on these factors, there are things we can do--as parents, teachers, friends, as a society, to help everyone be successful. It's within reach.

If we can dump this outdated mindset that we live in some sort of global meritocracy where people automatically get what they "deserve" and realize that we are all subject to all of these external and internal factors--that some have great advantages, and others, great disadvantages, and that we can do something about that, "The world could be so much richer than the world we have settled for."
Posted by wgreen at 6:58 AM