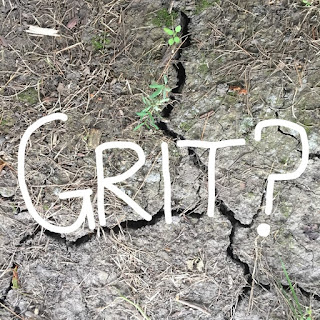 Picture this: An Agricultural Education student can't get his mower started. He's been taught a troubleshooting procedure, but instead of going through it on his own, he gets off the mower, walks over to the teacher, and asks for help.

The other day, some colleagues and I were talking about the concept of "grit," and this student was one of our examples of a lack of grit.

We extended our discussion to other classes, and one teacher brought up an example of another student who did the same thing in biology class--asking for an answer before even trying to find the answer on his own.

But then another Agriculture teacher in our group spoke up, "I know that student you are talking about, and in my Ag class, that student never asks for help. He troubleshoots the tractors on his own all the time."

In Ag, he shows grit, but in biology class, this student gives up before he even tries. And so it occurred to us: Grit is situational. A student who shows grit in one class may not show it in another class. When he or she feels confident, he or she shows grit. When he or she lacks the skills or experience, he or she does not show grit. Could it be that simple? Could the grit concept be that wrong?

We certainly aren't the first to question the concept. In a recent peer-reviewed article, What shall we do about grit? A critical review of what we know and what we don't know, Marcus Crede writes that there are several major problems with the grit concept: