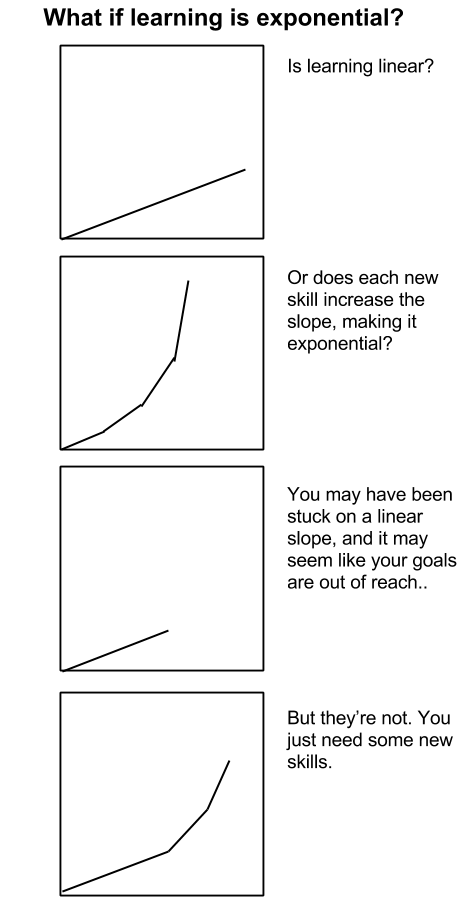 Shared this with my standard-college-prep level biology students the other day.

I started by asking how many were planning on going to college (most raised their hands). Told them they should all plan on at least a two year program after high school.

Then I pulled up this visual, and asked if they thought learning was linear.

I said if we think it's linear we may feel discouraged about how far we have to go.

But then I told them I think it's not linear, but every new skill we learn makes a whole new array of learning possible.

"If kids are ahead of you now in school, it's just because they learned some skills earlier," I said.

"So if you think college seems unattainable, it may be a lot closer than you think, you just need some new skills."

Don't know if they bought it, but I hope so, because I think it's true.