Competency-based education at the Depot Campus 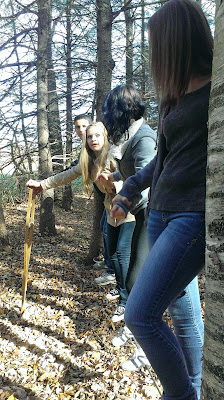 They had to walk along steel cables tied between a series of trees, but the real trick was that they couldn't break the connection with the other students. They either had to be holding the next student's hand or touching the same tree. It was surprisingly challenging to stay balanced while holding only other people's hands.

The students were from three different schools. It's amazing how you end up feeling connected to people you just held hands with and saved from falling off a wire.

One of the criteria for our Career Skills competency is collaboration: "Collaborates extensively with others and adapts to varied roles/responsibilities/environments," but the students didn't just demonstrate that one as they worked together to walk the wire. They also demonstrated an indicator of the Life Skills competency: "Consistently strives to understand others' perspectives and meet others' needs whenever possible, without judgement, focusing on the positive, adjusting expectations and compromising when necessary in order to solve conflicts." It was awesome to see students encouraging people they didn't even know, not judging when someone fell off and forced the whole group to start over. 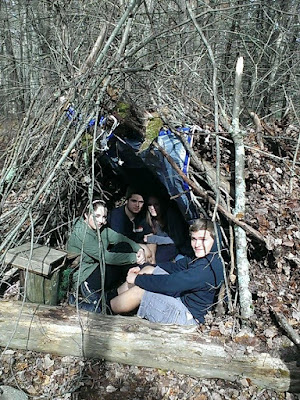 The collaboration and community-building continued as we built survival shelters together. It was fascinating listening to the constant chatter between the students on my team--students from three different schools who'd never met before: "How about if we do this?," "How about this?," "What if we did this?," and "Yeah, and then we can do this..."

As they worked, collaboration merged with Creativity and Innovation, as they  thought outside the box, "looking at the problem from a variety of perspectives."

The result was this beautiful wigwam--complete with a fire pit. They took it beyond survival--they were going  camping, and they had a great time. (Thanks to EASTCONN and Cyndi Wells for making it possible.)

But the demonstration of Competencies didn't end on Monday. Student Exhibitions are in full swing at the Depot. These oral and visual presentations, made before a panel of parents, peers, and staff, require students to practice their Communication skills as they show how they are progressing in all of the Competencies. 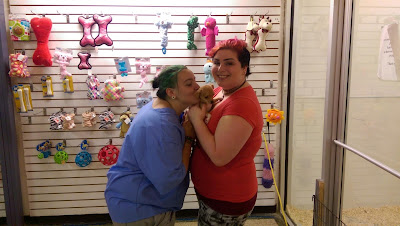 One of our students does her internship at a dog kennel, where they've been having trouble with kennel cough. In her Exhibition, she described how she'd noticed there had been fewer cases of kennel cough among the rescue dogs, whose kennels were bedded with shredded paper instead of wood shavings. Her input played a pivotal role in the decision to switch all of the dogs over to paper. Her quantitative and empirical reasoning (a criterion under our Critical Thinking competency) shone throughout her presentation as she casually mentioned specific numbers of dogs, observations she had made about them, and data she could collect. And she wasn't the only one who is thinking empirically. Another student is planning an experiment to test the effects of therapy dogs on the well-being of the elderly. 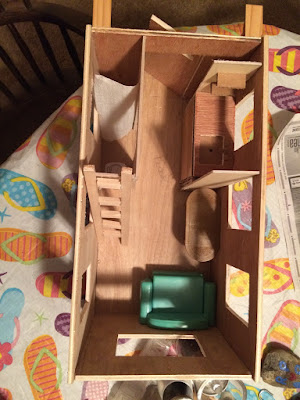 Other students nailed the Career Skills competency, describing how they had been given tremendous responsibility at their hospital and veterinary internships.

And the Creativity and Innovation that came out was also impressive: the science-minded senior who's been designing a permaculture landscape with his mentor, the creative athlete who choreographed a gymnastics routine for one of her young students, and the free-thinking senior who is exploring minimalist living and built a scale model of a tiny house.

All of them are required to cite evidence of each competency during their presentations, and they're getting the hang of it. At the survival skills outing on Monday, after our team successfully completed the tightrope walk, one of our students started rattling off which competencies we had demonstrated and how.

This is big. It's about more than scores and assessment. It's about clarity of expectations. It's about students getting the feedback that's essential to "flow," and students self-monitoring their progress, knowing exactly what critical life skills they are working towards... and mastering.
Posted by wgreen at 8:45 AM