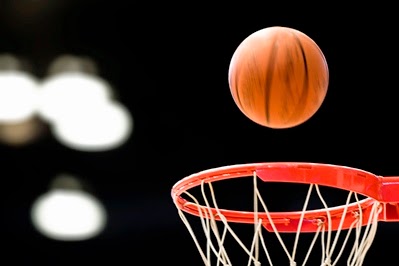 The basketball player typically knows immediately and exactly how well she's doing, as do the chess player, the gymnast, woodworker, runner, writer, and the artist. And this is apparently one of the key components of a flow-generating activity: immediate feedback.

It's also one of the biggest challenges of teaching.

I've been trying to give students more rapid feedback. Automated quizzes on Moodle, for which students get multiple attempts at mastery, help with this, but Moodle can't yet automate formal lab report or biology project grading (though it can automate the grading of short (20 words or less) written answers).

I think the reason many recoil at the idea of automated assessment of written work is they feel it will be missing something--the human element. I see their concern, but I'm confident that hurdle will eventually be overcome as more intelligent systems are developed. And the feedback we receive from flow-generating activities is not often in the form of human comments anyway--it's a ball bouncing off the backboard, the loss of a queen, or words that just aren't flowing.

And that last example brings to mind another possibility: If we can help students master self-assessment, then they can get the same immediate feedback that amateur and professional writers get as they write. Or we could make better use of peer-review. Or how about using more informal and immediate feedback, instead of always issuing formal ratings and grades. This idea of replacing grades with feedback has been the subject of conversation on a new Facebook page: Teachers throwing out grades.

Either way, it makes a lot of sense that immediate feedback is key. The typical high school student waits days or even weeks for feedback on a major assignment. Imagine tossing up a basketball and not knowing if it went in until two weeks later. This can't help with motivation and mastery. Instead, it sends the message that the real goal is not improvement, but evaluation. if the goal were improvement, we'd give feedback immediately.
Posted by wgreen at 2:22 PM