The power of a teenager 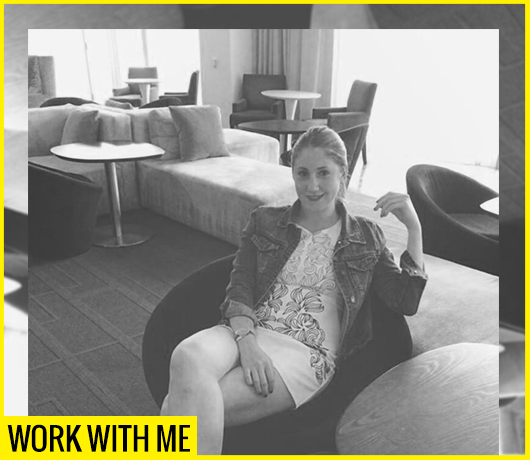 For years I have been telling my students about their potential--that they are selling themselves short, that they can accomplish so much more than we adults give them credit for--than they give themselves credit for. I tell them stories about Ben Franklin, Oprah Winfrey, and Richard Branson, examples of teens who didn't wait until they were "grown up" to get started on their dreams.

I want to tell you about one of my former students who embodies that ideal. She was in my biology class two years ago. She did well, but her heart was elsewhere. Her passion was fashion, and she had tremendous independence and initiative. She decided to withdraw from her brick-and-mortar high school and enrol in an online high school so she would have more flexibility. She literally began working the New York City fashion scene at 16, modelling, styling, blogging and reporting.

I had run across her posts and blogs on Twitter, and was amazed at the maturity, creativity, and insight she showed. She's not only a great writer, but she has such a unique personality and voice that it's no wonder she's been published on Parade, Lucky, Rachael Ray, and HuffPo Teen. Her awesome fashion blog website is a model of style, authenticity, and electric energy.

It takes real discipline, courage and grit to successfully leap from traditional schooling to an independent online education. No teachers constantly reminding you of what must be done, telling you what notes to take, and spoon-feeding you information.  You're on your own. It takes real independence and self-discipline to pull off online education. (That's why it sometimes gets a bad rap.) She has not only done it, but done it well, and all while building a real career, one many adults would envy, while in her teens.

I don't tell my students that they have tremendous potential despite their age. I tell them they have tremendous potential, especially because of their age. Creativity and energy are at their peak before age 30. It's exciting to see a young person taking her abilities seriously, taking real risks, doing real things, in the real world, with such charisma, originality, and power.

I had a blog once called Escape Adolescence. It was devoted to helping teens see their real potential. Alexa didn't need me to tell her. She had a clear vision, a clear passion, and the grit and courage to make it happen. I wish her all the best, but I don't think she needs my wishes.