Awakening from the dream of race


"I would not have you descend into your own dream. I would have you be a conscious citizen of this terrible and beautiful world."

-Ta-Nehisi Coates, Between the World and Me 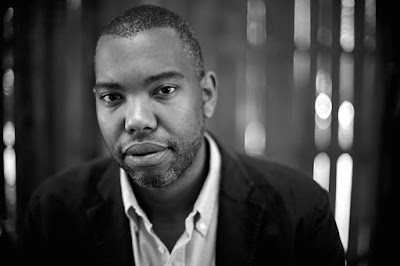 I feel like my eyes have been slowly opening over a period of years.

But it's like they're opening in stages, like big shifts of the landscape that open to wider and clearer vistas, and reading Ta-Nehisi Coates' Between the World and Me is the latest instalment in this series of shifts.

This particular shift started a couple of years ago when I first read The Children in Rm. E4, and was blown away by the damage that has been done (and continues to be done) here in my home state of Connecticut by subtly racist laws, rules, policies, and social norms.

The Children in Rm. E4 was a tipping point in my increasing awareness of the true nature of our society and economy. It shattered my belief that the injustices ended in the sixties and shattered my faith in the ability of freer markets to fix the problem. The problem is clearly so deep, so ingrained, so systemic, that it can only be solved at the system level. Collective action is required, because the system is just a reflection of the will of the masses. We created a system of plunder, and as Coates puts it, "Plunder has matured into habit and addiction."

The Children made that clear. Coates drives it home with a vengeance, and to me, his book is a call to action, a call to awaken from what he calls "the dream."

Between the World and Me is his memoir, a heartfelt letter to his son about being black in a world that is living in a dream. It's a letter to his son about growing up in a world where "You have been cast into a race in which the wind is always at your face and the hounds are always at your heels..." while the people "who believe that they are white" are caught up in a dream.

The dream is the delusion that our green lawns, memorial day barbecues, double-wide strollers and suburbs are legitimate--that they are not resting on the backs of human beings. It's the delusion that we live in a meritocracy, where I have earned what I enjoy, when in reality, we "have forgotten the scale of theft that enriched [us] in slavery, the terror that allowed [us] for a century to pilfer the votes, the segregationist policy that gave [us] [our] suburbs."

Throughout the book, Coates paints a poetically painful picture of life in inner city Baltimore in the 80s, where every day, his life was literally on the line, his body threatened, either by rival gangs or the police. He contrasts this life of fear with the secure world of "the dreamers:"


"Some days I would take the train into Manhattan. There was so much money everywhere. Money, flowing out of bistros and cafés... Money, out on West Broadway, where white people spilled out of wine bars with sloshing glasses, and without police. I would see these people at the club, drunken, laughing... They were utterly fearless. I did not understand that until I looked out on the street. That was where I saw white parents pushing double-wide strollers down gentrifying Harlem boulevards in t-shirts and jogging shorts, or I saw them lost in conversations with each other, mother and father, while their sons commanded entire side-walks with their tricycles. The galaxy belonged to them, and as terror was communicated to our children, I saw mastery communicated to theirs."

Mastery. "In the dream," writes Coates, we dreamers are "Buck Rogers, Prince Aragorn, an entire race of Skywalkers." But in reality, we are plunderers: "To awaken them is to reveal that they are an empire of humans, and like all empires of humans, are built on the destruction of the body. It is to stain their nobility, to make them vulnerable, fallible, breakable humans."

According to Oppenheimer's classic account of the rise of governments, The State, the "noble" class is always made up of the descendants of a conquering tribe or nation, and they always create some religious or moral justification of their superiority and right to rule. But there is no such right. We're all just humans. So why is there still empire?

It didn't end with the civil war, and it's not just in the South. Ta-Nehisi tells the story of an incident in the subway, when a white woman pushed his son, a white man came to her aid, he sensed their sense of superiority, and all of the hurt and history of a childhood of northern oppression welled up inside him and exploded like a volcano. I won't quote it here, because it's worth the price of the book--it's such a lucid and emotionally raw demonstration of the continuing existence of empire.

That anyone would feel as he did is an indictment of us all, yet the dream is powerfully seductive. It seduces us to to turn away from the injustice of Trayvon Martin, Eric Garner, from the moral disaster of the projects, and the Children of Room E4, in what Coates calls "silent acquiescence." Waking up would force us to admit our guilt and would threaten our own security. If we stop denying that this is empire, if we acknowledge the continuing injustices of the system that keep us privileged in our picnics and suburbs, if we disassemble the apparatus that maintains it, what will happen? Will history turn on us as it did them? Will we lose our security and prosperity?


The dream is an intoxication. It protects us from the rawness and pain, but also from the justice and authenticity of reality. As Carl Sagan put it, "For me, it is far better to grasp the Universe as it really is than to persist in delusion, however satisfying and reassuring." If my security comes at others' expense, I'd rather have uncertainty.

It is high time the world came face to face with the oppressive modus operandi of the modern human race. I'm convinced its not in our DNA. Violence and oppression is not a gene, just a meme, and if we want security, there are far better sources than conquest and empire.

There's recognizing our intertwined lives--we are all connected.

Instead of clinging to boundaries of family, place, and nation, we can embrace the reality that we are all family, one human race, and one world community. Instead of believing in race--whiteness and blackness, we can believe in humanness.

Instead of building walls, we can tear them down.

Instead of turning away, denying and pretending, we can wake up.

I can admit that I am the recipient of privilege and benefits that have come down to me from empire, but what can one man do against an empire? As Coates wrote to his son:

For me, that means starting with education that doesn't oppress, but empowers and equalizes.