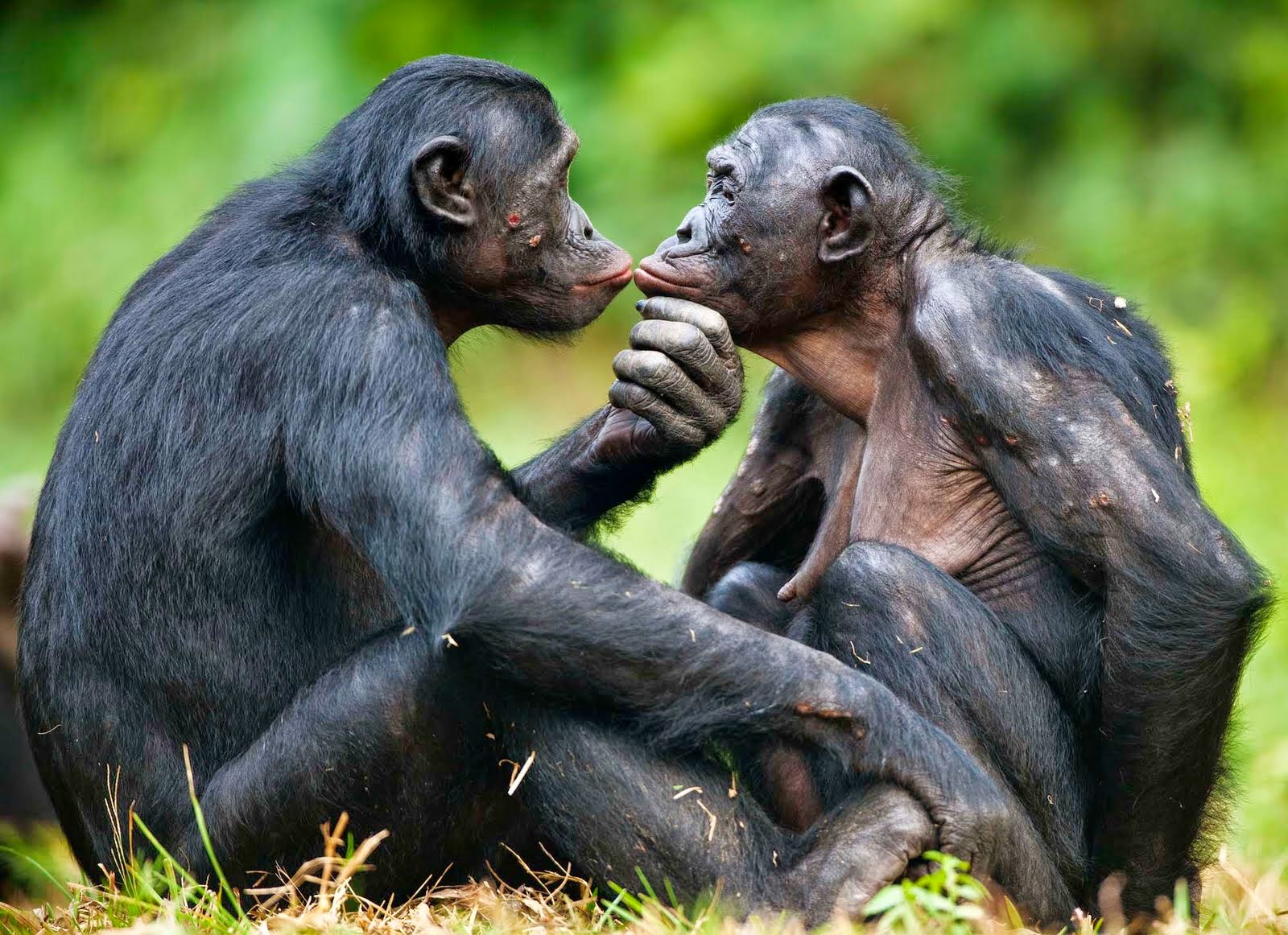 So how about a little balance to that last post about being who I am?

Because who I am has a lot to do with the relationships I've been a part of for the past few decades. And those relationships have put down roots into my own life, my own mind, and my personality.

So to imagine that who I am is somehow separate from them is a big mistake.

We are, after all, eminently social beings, perhaps only out-socialized by the ants, bees, wasps, and termites. According to Christopher Ryan, it's possible that our big brains, which many seem to think our most distiguishing characteristic, are only a consequence of our hypersociality. He goes so far as to say that our closest relative, in terms of behavior, is the bonobo, an ape known for its intensely interwoven, egalitarian communities.

And I think I've often overlooked the implications of this. While I've often seen how an individual ant or bee doesn't have much identity apart from the hive, I miss the extent to which our lives are interwoven with those we interact with.

And I doubt we can really be happy with an overly individualistic approach to the pursuit of happiness.

In short, while I'll stand by the goal of integrity, transparency, and being true to myself, I prefer my earlier approach:


THIS is a goal worth striving for. A better match, a better fit between the world and us.

In other words, our goal has to be to help move us all forward towards greater integrity as humans, not trying to be someone entirely self-defined. I'm not entirely sure what I'm trying to say, but that's OK. Suffice it to say, we is at least as important than I, because they're intertwined.
Posted by wgreen at 2:50 PM