What looks like resistance is often a lack of clarity 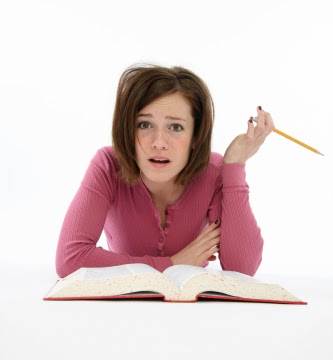 They hadn't done their homework.

They said they were confused by the snow day.

Granted, #snowmageddon2015 had hit us hard here in #CT, but I had emphasized it on Friday--told them it was critical they watch the lab prep video so they would be ready, and safe--it was a potentially dangerous lab.

And now we had less time because of the 90-minute snow delay.

I was getting upset. I asked, "OK. How many of you watched the video."

One or two hands go up. Arghh!

I move to my computer to make sure I assigned it, my mind oscillating between irritation with them and the growing realization that obviously something was not clear to them.


I explain that it's going to be hard to do the lab if no one watched the video, my irritation leaking out all over the place.

Not only would I have been wrong to blame them for my lack of clarity about the assignment. I would be doubly wrong because there was no assignment. I was thinking they were my other section.

Just another case in point. Students are rarely to blame.

I really believe this.

There are so many things going on in school, that they really need things to be made very clear, and we rarely make them so.

As that life-changing book, Switch, puts it:

What looks like resistance is often a lack of clarity.


Or just teacher confusion.
Posted by wgreen at 2:26 PM