A better fit between humanity and the modern world 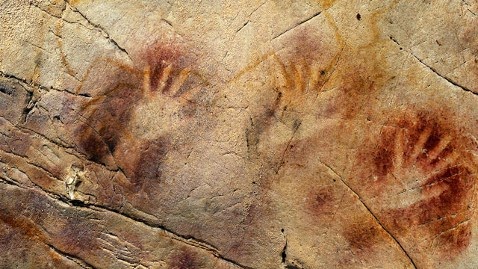 There are several things about the modern world that do not seem to fit well with the biological and psychological make-up we have inherited from our ancestors, and this leads to a dilemma.

For one, the advent of agricultural and large scale grain production led to a diet that is dominated by carbohydrates, and there are some (including myself) who believe that we're really not built for this kind of diet. (I switched to a primal-paleo diet more than two years ago, and it has made a huge difference in my health and well-being.)

And this is about more than just diet. There are many incongruencies between modern life and the lives under which our bodies and minds evolved. Take exercise, for example, diurnal sleep cycles, and the structure of leisure time. And some even point to major incongruities in sexual norms as a source of modern discord.

All of this highlights that same tension I've wrestled with in these posts before: the tension between contentment and improvement, between primitive simplicity and the worries of the complex, modern world, between getting back to our ancestral roots and expanding our horizons through technology. (I sometimes wonder if it comes down to choosing between quality of life and longevity, but that's a discussion for another time.)

The point is, it's easy to see how we might well be happier, at least in some ways, if life were simpler and more attuned with our evolutionary environment. It's easy to see how the complexities of modern life, education, and employment, the busyness, the countless potential threats to keep track of, and the barrage of distractions and information are all causes of trouble.

But it's also easy to see the advantages of the modern world. Medicine tops the list for me, but I also appreciate heat, bedding, a stable food supply, electricity, modern transportation, and the internet.

And then there's the fact that, were it not for modern technology and science, we would not know our ancestral heritage in the first place.

And of course, the development of modern technology was probably inevitable.


But still, I have to wonder, do we have to choose between the two? Do we have to sacrifice optimal conditions for humans in order to embrace technological advance?

It's almost as if, through the process of evolution and technological development, our species finally woke up and become self aware, but not until after it put itself into a rather difficult situation, and now the question is what to do about it.

We can't very well go back. As Mihaly Csikszentmihalyiput put it near the end of his classic book on the psychology of optimal experience:


"Few would argue that a simpler consciousness, no matter how harmonious, is preferable to a more complex one. While we might admire the serenity of the lion in repose, the tribesman's untroubled acceptance of his fate, or a child's wholehearted involvement in the present, they cannot offer a model for resolving our predicament. The order based on innocence is now beyond our grasp. Once the fruit is plucked from the tree of knowledge, the way back to Eden is barred forever."

What if, through science and technology and her own ingenuity, humanity was able to solve this problem, as she has done so many problems in the past, and find a way to tailor all of this modern complexity to her own ancestral nature? Or maybe she could change her own nature to fit the technology: Hack the world or hack human nature. Neither is out of reach.

And either way, THIS is a goal worth striving for. A better match, a better fit between the world and us.
Posted by wgreen at 2:00 PM