Malcolm X and the achievment gap 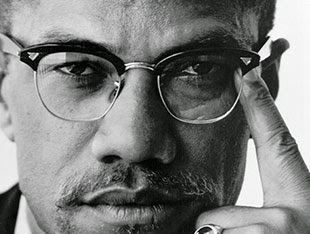 “Hence I have no mercy or compassion in me for a society that will crush people, and then penalize them for not being able to stand up under the weight.”
― Malcolm X, The Autobiography of Malcolm X

I'm about half-way through Malcolm X's autobiography, and it's solidifying some developments in my thinking about public education and social justice.

Last year, I read The Children in Rm. E4, and was blown away by damage that has been done (and continues to be done) here in my home state of Connecticut by subtly racist laws, rules, policies, and social norms. It was an impetus in my increasing awareness that often, struggling students are not to blame, at all, for their struggles at school. Even their parents are not primarily to blame.

When we penalize them for their poor performance, we are committing an injustice, crushing them, as Malcolm said, and then punishing them for not standing under the weight.


The complexity and enormity of the interacting factors described in Children were hardly addressed by the outcome of Sheff v. O'Neill, in which the court basically told the state to "just do something about it." It's going to take something more in line with The Harlem Children's Zone combined with a radical regulatory reforms. It's going to take money, but it will be money well spent.

But let's take it one step further, because this principle extends to all of our students. Let's stop blaming them (or their parents) for their poor performance, behavior, and struggles, and start asking questions, identifying causes, finding solutions, providing real, comprehensive help.
Posted by wgreen at 1:56 PM