Feedback is key, but it takes time 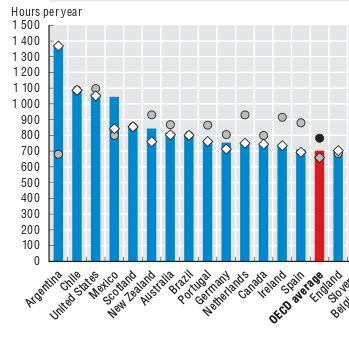 I was rushing through the lab packets today. I really needed to get them all graded. They had already been on my desk for a week.

And I was "in the zone" (#flow), comparing the boiling points the students measured to what they should have been, writing check marks or deducting points like an assembly line worker.

But as I was correcting their conclusions, reading over their explanations of why molar mass is related to the boiling point of the liquids we tested (one of the coolest labs EVER, BTW), I realized what I was doing (or not doing).

But I kept going, because time is not in infinite supply.

But I've been thinking: If quality feedback really is key, then I need to make time for it.

Maybe something else, something that's not essential, has to go.

Not sure what that is yet.

Actually, I'm pretty sure a big part of the problem is that we simply don't have enough prep time as teachers. US high school teachers teach more than half again as many hours per year than the OECD average (. I'm not whining. I'm just stating the facts. We have less time to plan, collaborate, and provide rich feedback.