The future of schooling

Here the madman fell silent and looked again at his listeners; and they, too, were silent and stared at him in astonishment. At last he threw his lantern on the ground, and it broke into pieces and went out. "I have come too early," he said then; "my time is not yet. This tremendous event is still on its way, still wandering; it has not yet reached the ears of men.  -Nietzsche's "Madman,"


Richard Elmore has been a staple of my administrator preparation program. His work on improving the instructional core was foundational. But in this 2012 video (HT to Gary Houchens and Steven Delpome), he's doing something else:

He's announcing the doom of institutional public school, and he does it with all of the gravity it deserves. And like Nietzsche's "madman," I'm afraid it fell largely on deaf ears. He came too soon.

But he backed it up with a theoretical explanation: in today's world, hierarchy is out, networks are in. Institutional schools are hierarchical, and cannot survive in the future.

I'm not sure I completely grasp his idea of networks, but I'm pretty sure I get the gist of it. In my dissertation research, I was fascinated by how the complex behavior of the fire ants I studied emerged from the countless interactions between individual ants. They’re a picture of the power of networks. Lewis Thomas sums it up better than I can in Lives of a Cell: 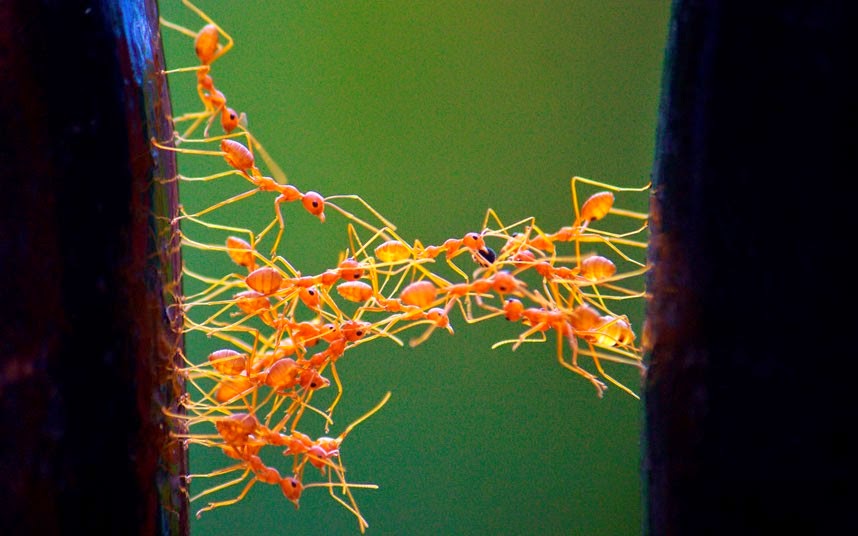 "A solitary ant, afield, cannot be considered to have much of anything on his mind... It is only when you watch the dense mass of thousands of ants, crowded together around the Hill, blackening the ground, that you begin to see the whole beast, and now you observe it thinking, planning, calculating. It is an intelligence, a kind of live computer, with crawling bits for wits."

I see the same thing working with my honeybees. This sort of organization is eminently more powerful for than hierarchy. That's why nature is arranged as a network instead of a top down system of authority.

That's why I shoot for a cooperative, egalitarian, open, and voluntary approach to my classroom and leadership.

But as to Elmore's pronouncement: I have to say it's a bit discomfiting to someone whose just finishing a gruelling two-year program for school administrators, but I have three things to say.

1) Good riddance to hierarchies. They are the antithesis of natural order, cooperation, compassion, free thought, creativity, and the kind of autonomy that motivates us all.

2) I can envision a more network-based, less hierarchical school, and that's what I'm going for. Elmore implies the inevitable demise of institutional public schooling will not  be good for everyone. But I am more optimistic than that (and perhaps more ignorant). I think we can avoid the fallout and inequities he refers to. I think the public system can evolve into something that will not only survive, but thrive.

3) I'm most concerned about what's best for kids, and if that's something different than what I'm preparing for, then so be it. Good riddance to whatever is hindering us as a species.

Granted: Elmore's solemn prophesy in 2012 has obviously not come true yet, and may not. But he's no madman. It's hard to ignore the trend in business and society as a whole. Just because public schooling is a bit slow on the draw doesn't mean it won't soon succumb. He was a bit too soon with his pronouncement, but it will come. And I'll be ready. In fact, I'll be one of the folks saying, "What are you waiting for?" Because I don't see the future as doom and gloom, no matter what the particulars are. I see it as bright--bright as a thousand suns.
Posted by wgreen at 3:03 PM