On the status quo and the need for change 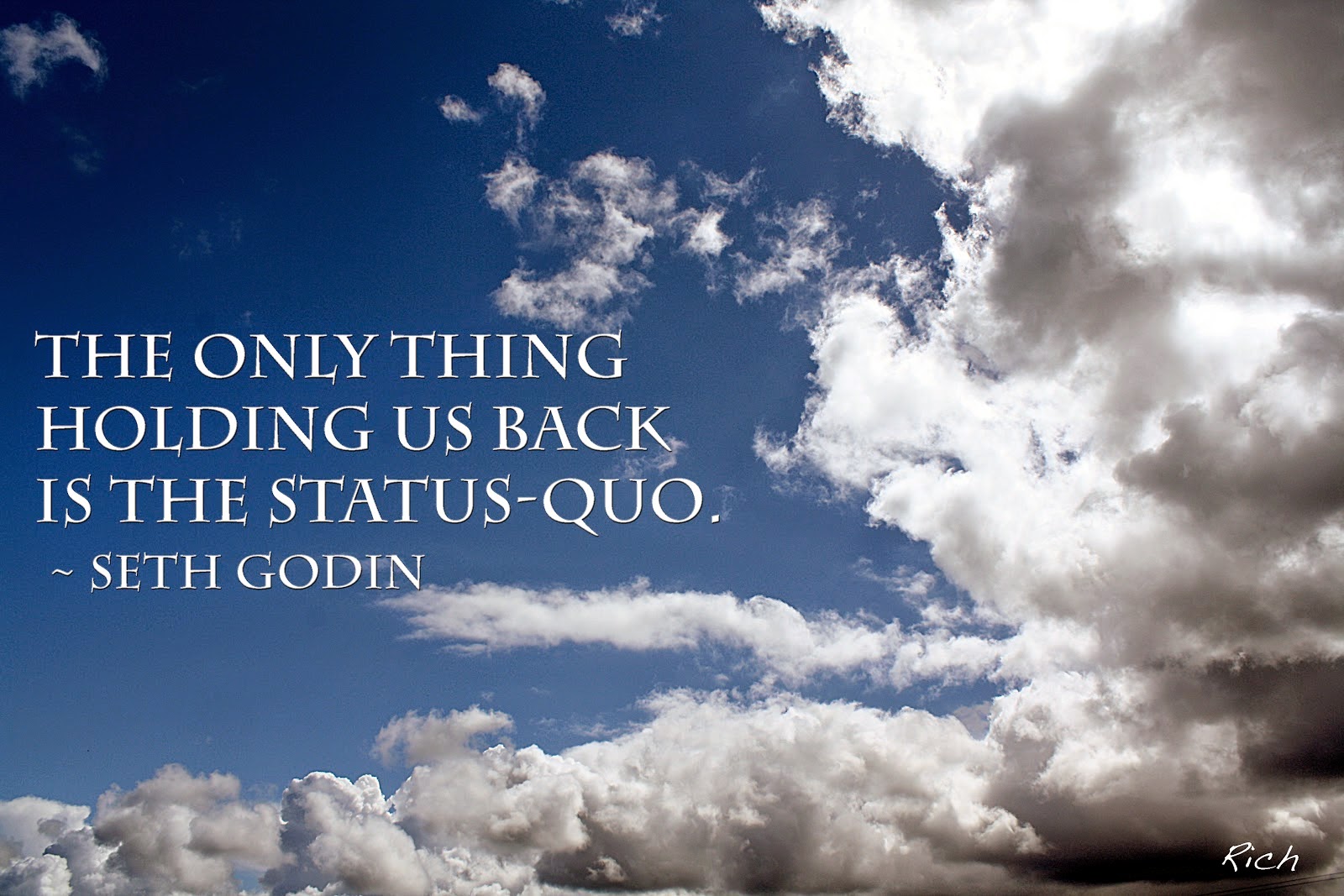 I'm always puzzled by those who defend the status quo.

Maybe it's just that I'm a change addict and junkie for improvement (glutton for punishment?).

I understand the numbing and disillusioning effect of the constant torrent of new initiatives, and I don't believe in change for change's sake, but it seems to me that as long as there are things not working, then something needs to change.

Take the achievement gap, for example, or the place of the US in the PISA results. But I don't even need all of that evidence. I have it in my own school, my own classes, where I still have students who are not reaching their potential.

Maybe the problem is simply that we haven't been implementing the old, traditional methods with fidelity--that I'm not.

Maybe. But to me that's kind of like saying the reason we haven't cured cancer is just that doctors aren't doing a good enough job with surgery, chemo and radiation.

Maybe that's a bad analogy. But maybe not.

To me, if your method isn't working, whether it can't be consistently implemented with fidelity, or it just doesn't work well, then something's wrong with your method (which is exactly the complaint often raised against differentiated instruction, interestingly enough).

To me, what we need is an system of education that isn't forced, one that will be implemented with fidelity because it fits human nature like glove, one one that essentially runs itself.

Maybe that's beyond us, but I don't think so.