"I want to be a role model" 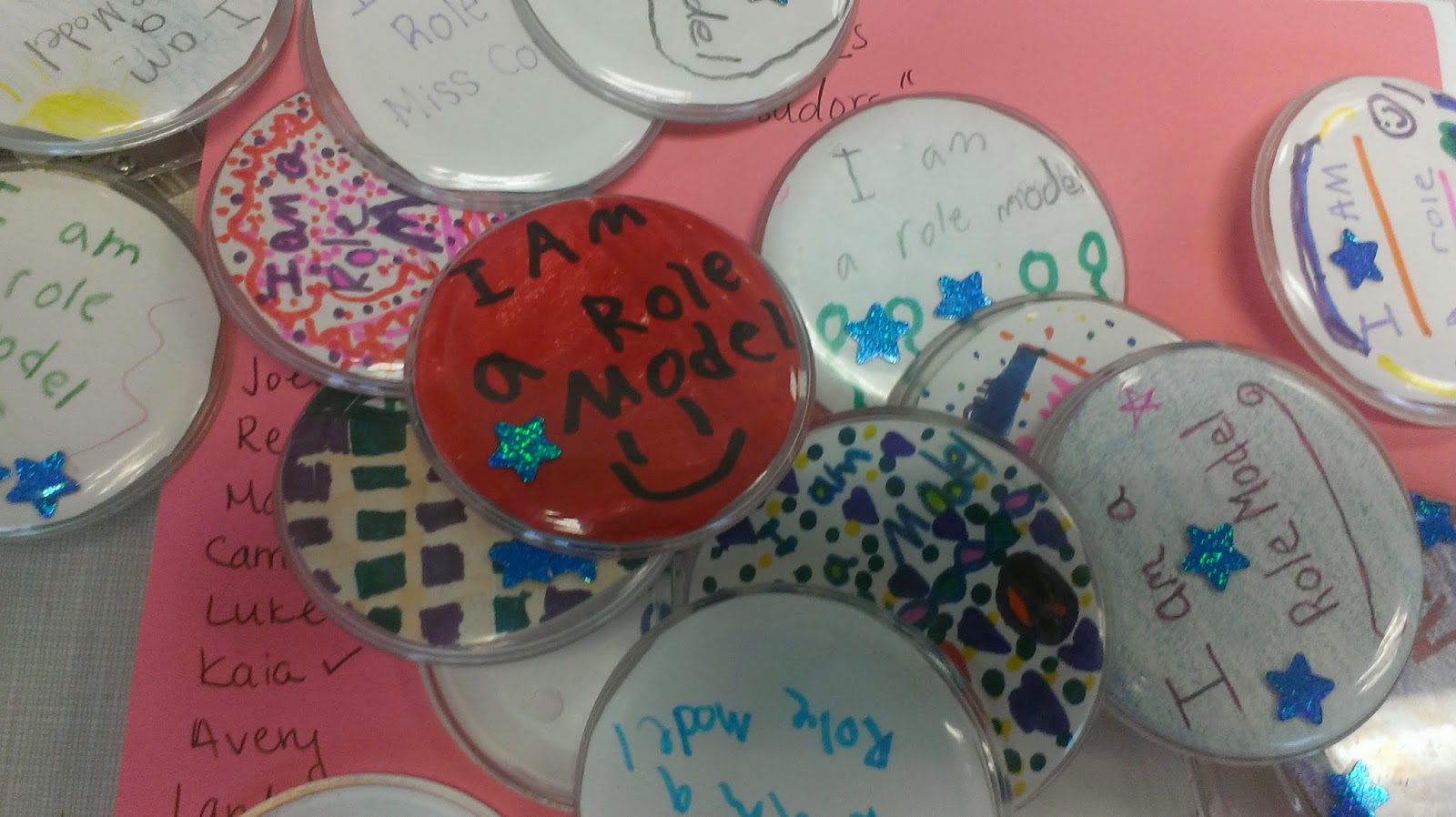 A struggling 3rd grader was successfully wrapping up two weeks of consistent homework completion, driven by her desire to eat lunch with her teacher.

A teacher asked her what was going to keep her doing her homework after she achieved the coveted lunch session.

The girl simply pointed to the button on her shirt--the one that said "I am a role model."

It's something new her teacher, Crystal King Adanti is trying. They started by listing the characteristics that make someone a role model: being helpful, kind, quiet in the halls, being on-task, etc. When they demonstrate these behaviors they get stars on their buttons, but that's not the best part. The best part is that they get to go out into the school and be official "role models" in other classes. Several teachers have been helping Crystal with her effort and allowing these "role models" into their classes to read to younger students or help teach them math, or to help out in art or PE class.

And the kids are eating it up. While I was there I caught two boys talking about how many stars they needed to be able to be a role model.

As I talked with Crystal afterwards, she mentioned that it was a "carrot" that seemed to be working, but then corrected herself: "But it's not really a carrot, because it's more intrinsic."

And I think she's right. In fact, I think by allowing the kids to go out and be leaders and helpers in the school, she's tapping into all three of Pink's drivers--the keys to human motivation: autonomy, mastery, and purpose.

They have autonomy when they leave their own class and get to do something somewhere else instead.

They experience the motivation of mastering the skills that get them that privilege and the leadership skills they gain as they play the role of role models in the school.

And they are motivated by the very real purpose of helping others.
Posted by wgreen at 3:31 PM