The desk of a poet 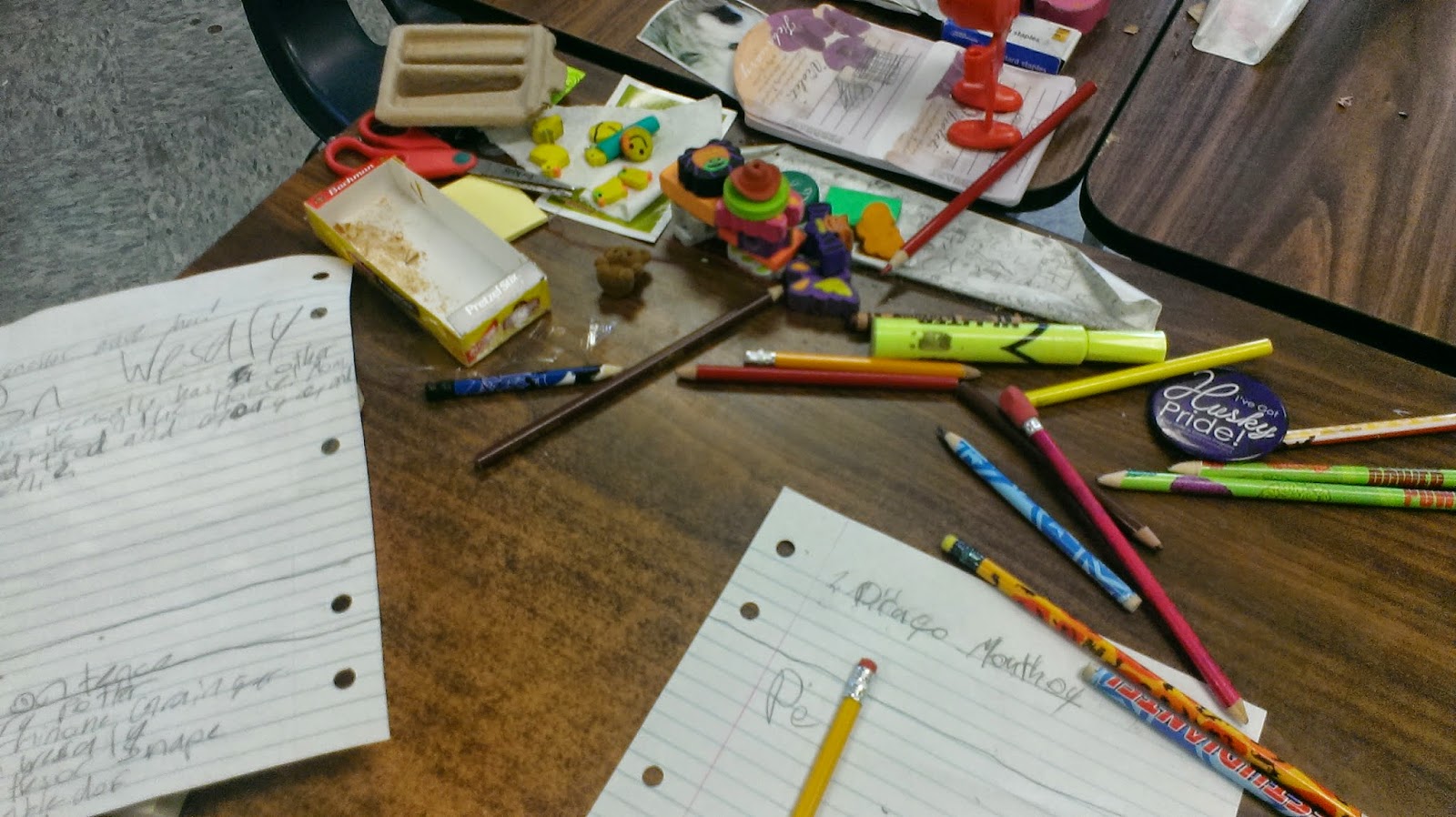 When I saw this desktop in a 3rd grade classroom this afternoon, I had to take a picture of it: the empty box of pretzels, the little teddy bear, the scattered pencils, erasers, and writing in progress.. the Husky pride button..

The young girl was gone at the time, out being an official "role model" in another class, I think.

And I was not surprised it was her desk, because a few minutes earlier, as I was reading the poems posted on a bulletin board, she walked over and pointed out hers. 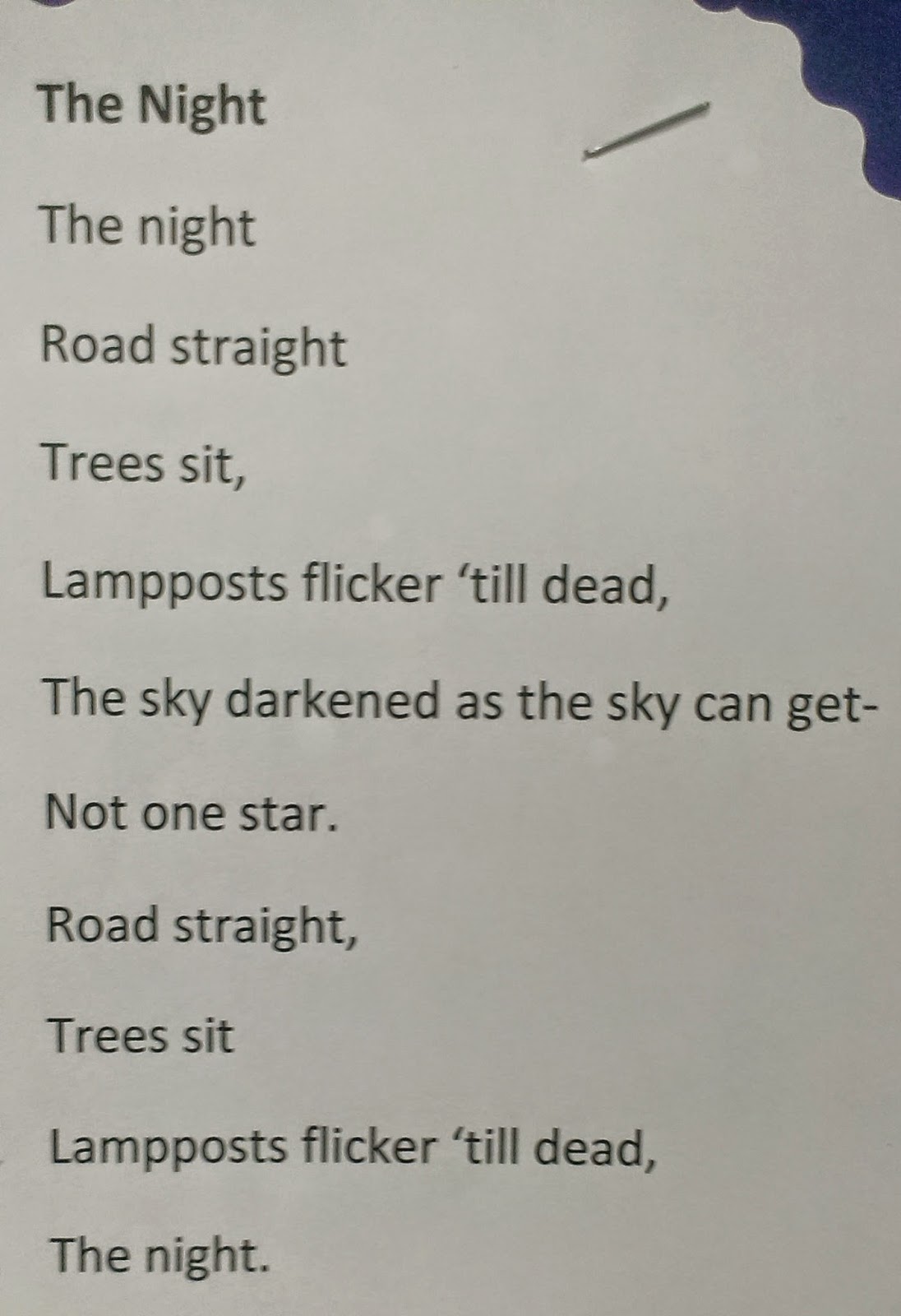 Somehow her desk made sense after this.

And she was not the only poet in the class. This next poem was written by a little girl who lost her father not long ago: 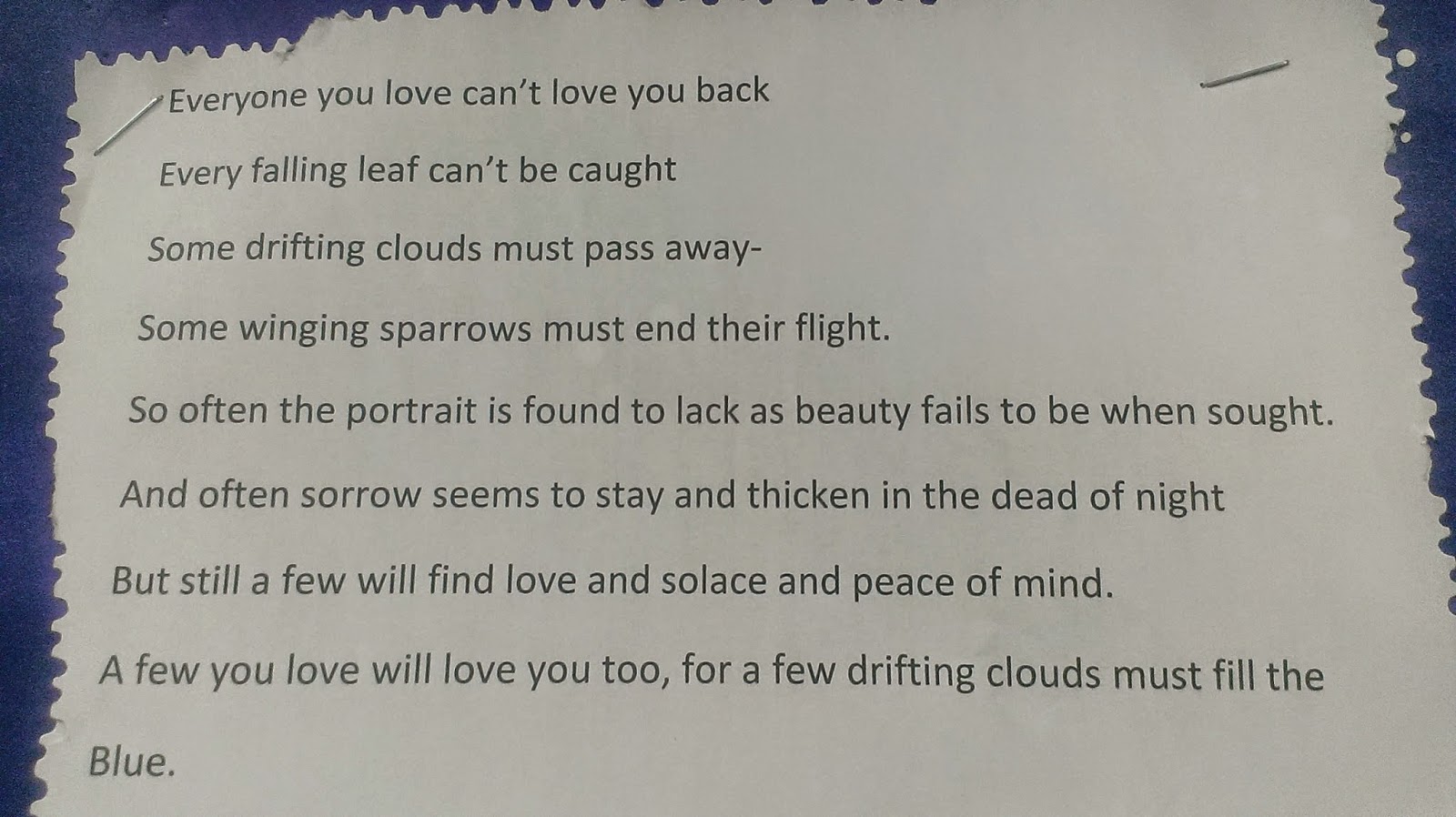 Kids never cease to amaze me. human in general amaze me, but kids pack so much meaning and energy and creativity and wonder into this human frame that it just blows my mind.
Posted by wgreen at 4:55 PM